Why I Switched to ProtonMail (and then to Tutanota a year later, but that's neither here nor there) 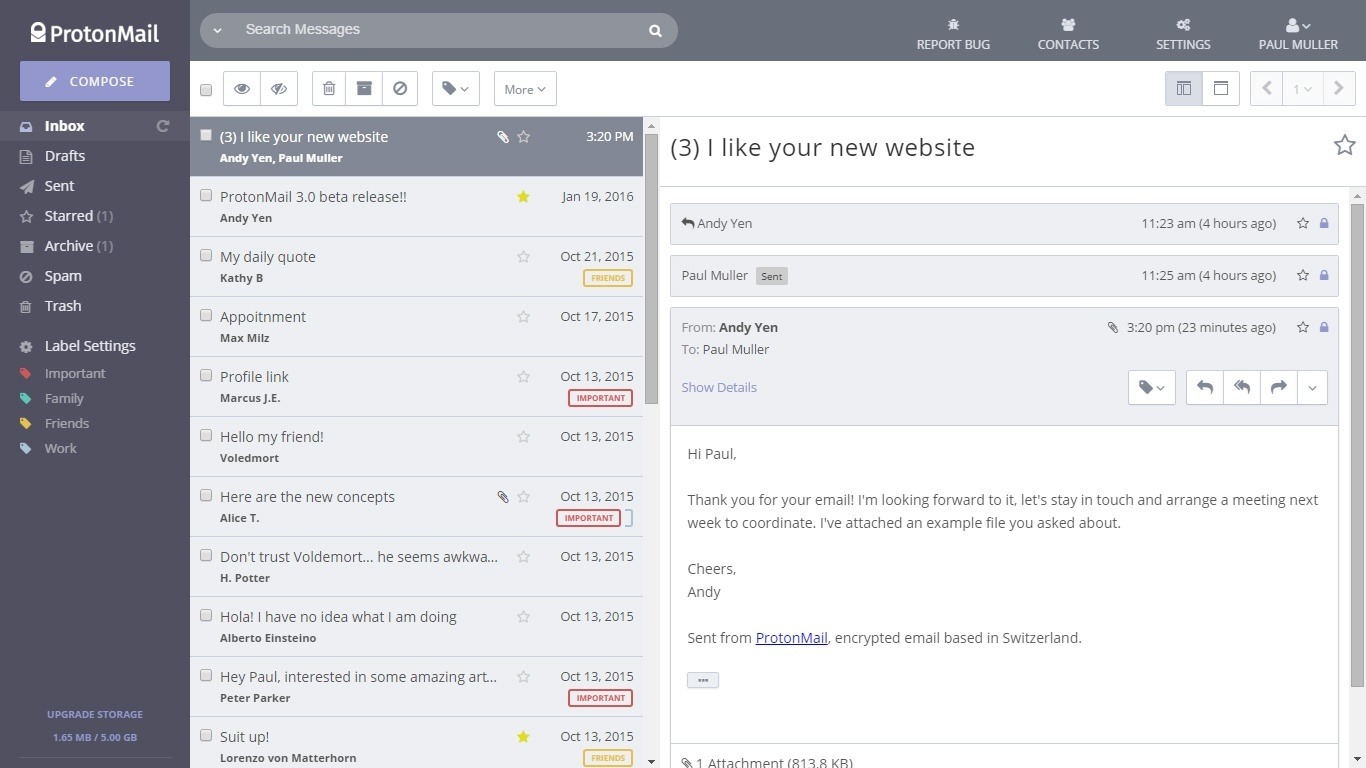 I have known for a while that Google is one of the largest companies with most of us using their services daily. But recently I have realized the extent which they use those services to track you, and some of the negative impacts. One example of this is shown by a tool built by Carnegie Melon called AdFisher, which sends out “hundreds or thousands of automated Web browsers” to build up a profile of interests with ad-targeting networks. The tool found that fake users who were male job seekers were more likely than equivalent female job seekers to be shown ads for high-paying jobs. (Full Article: https://www.technologyreview.com/s/539021/probing-the-dark-side-of-googles-ad-targeting-system/) Another reason I switched is on the principle of supporting the “little guy” rather than super-large corporations.

So, I decided to start making small incremental steps away from Google’s services, the first of which being Gmail. My new email uses ProtonMail, which I set up a while ago but recently started using more frequently, then bought a custom domain and made the switch. (I still have my Gmail account set up to forward to the ProtonMail for people who still have my old email.) ProtonMail uses end-to-end encription so that no one can read your messages on their way to the recipient, not even ProtonMail itself! They also have apps for iPhone and Android.

UPDATE: I have since moved to Tutanota, but same idea as protonmail.

You might think that the Google search engine might be the hardest to stop using, but I found an alternative called DuckDuckGo, “The search engine that doesn’t track you.” It is almost as good as Google at searches and there have only been a few instances where the results have missed the context and I had to add a few keywords. A small price to pay for Google knowing less about you per day.

Google Drive, Calendar, and Hangouts/Video Calls can be replaced with a service called NextCloud, which you can host yourself for free or pay for a company to host it for you. I am currently testing it on a Raspberry Pi to see if I like it, and so far it’s been great!

I currently have an Android phone, but I found a Linux-based privacy-focused phone that comes out in Jan 2019 made by Purism, a company that has made secure Linux Laptops in the past (https://puri.sm/shop/librem-5/).

The last few services that will be hard or impossible to switch away from are Google Maps, Translate, YouTube, Google Groups (when joining a club, organization, etc.). I don’t see a problem with using a few Google services as long as Google doesn’t have access to all my emails, files, calendars, and searches.

UPDATE: A great alternative for Google Maps is OpenStreetMap, which has an app for Android and a custom website for iOS.

That’s all folks; thanks for reading. I’ll leave you with this limerick taken from my last post:

Johan’s become opposed to Google, The Internet kit and caboodle. He wants to stop being tracked, And get privacy back, But all of it’s just too dang useful.